Opioid Use Disorders and Suicide

“At a Congressional briefing on April 6, the President of the American Psychiatric Association, Dr. Maria Oquendo, presented startling data about the opioid overdose epidemic and the role suicide is playing in many of these deaths. I invited her to write a blog on this important topic. More research needs to be done on this hidden aspect of the crisis, including whether there may be a link between pain and suicide.” – Nora

In 2015, over 33,000 Americans died from opioids—either prescription drugs or heroin or, in many cases, more powerful synthetic opioids like Fentanyl. Hidden behind the terrible epidemic of opioid overdose deaths looms the fact that many of these deaths are far from accidental. They are suicides. Let me share with you some chilling data from three recent studies that have investigated the issue. 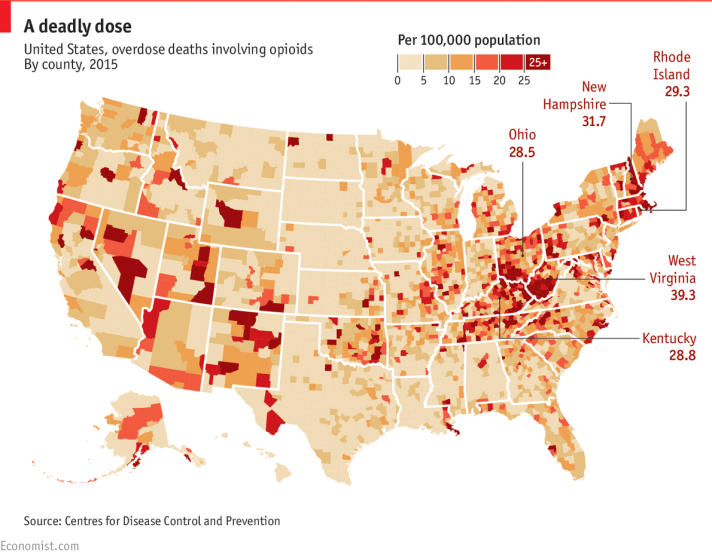 In a study of nearly 5 million veterans recently published in Addiction, scientists reported that presence of a diagnosis of any substance use disorder and specifically diagnoses of opioid use disorders (OUD) led to increased risk of suicide for both males and females.  The risk for suicide death was over 2-fold for men with OUD.  For women, it was more than 8-fold.  Interestingly, when the researchers controlled the statistical analyses for other factors, including co-morbid psychiatric diagnoses, greater suicide risk for females with opioid use disorder remained quite elevated, still more than two times greater than that for unaffected women.  For men, it was 30 percent greater.  The researchers also calculated that the suicide rate among those with OUD was 86.9/100,000.  Compare that with already alarming rate of 14/100,000 in the general US population.

You may be tempted to think that these shocking findings about the effects of OUD on suicide risk are true for this very special population.  But that turns out not to be the case.

Another US study, published last month in the Journal of Psychiatric Research, focused on 41,053 participants from the 2014 National Survey of Drug Use and Health.  This survey uses a sample specifically designed to be representative of the entire US population.  After controlling for overall health and psychiatric conditions, the researchers found that prescription opioid misuse was associated with anywhere between a 40 and 60 percent increased risk for suicidal ideation (thoughts of suicide).  Those reporting at least weekly opioid misuse were at much greater risk for suicide planning and attempts than those who used less often.  They were about 75 percent more likely to make plans for a suicide, and made suicide attempts at a rate 200 percent greater than those unaffected. 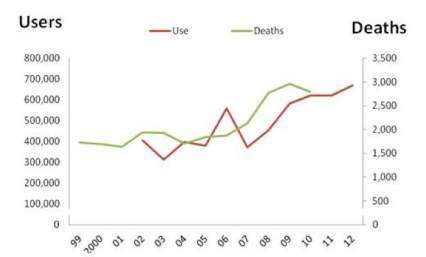 Using a different strategy, a review of the literature in the journal Drug and Alcohol Dependence estimated standardized mortality ratios for suicide.  This is a way of comparing the risk of death in individuals with a given condition compared to individuals from the general population.  The researchers found that for people with OUD, the standardized mortality ratio was 1,351 and for injection drug use it was 1,373.  This means that compared to the general population, OUD and injection drug use are both associated with a more than 13-fold increased risk for suicide death. These are stunning numbers and should be a strong call to action.

Persons who suffer from OUD are highly stigmatized. They often talk about their experience that others view them as “not deserving” treatment or “not deserving” to be rescued if they overdose because they are perceived as a scourge on society.  The devastating impact of this brain disorder needs to be addressed.  People who could be productive members of society and contribute to their families, their communities, and the general economy deserve treatment and attention.

As a country, we desperately need to overcome stigmatizing attitudes and confront the problem. We need to understand what causes some individuals to become addicted when exposed to opioids and thus study the biological basis of the disease of opioid addiction. We desperately need to know what the best treatments are for a given individual, and for that too, we need research to identify biomarkers for treatment response. Given the fact that effective medications exist but are drastically underutilized, we need to overcome institutional and attitudinal barriers to these treatments and deliver them to the 24 million people who could benefit. It can prevent not only the suffering of addiction and the danger of unintentional overdose but also help prevent the tragic outcome of opioid-related suicide. 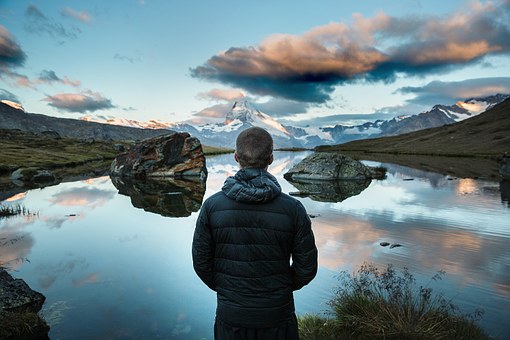 I am a Christian in recovery following four decades of active addiction. I earned a B.S. in Psychology and an M.A. in Theology from Colorado Christian University. My focus is on evangelism and apologetics, working with individuals struggling with mental health and active addiction. I believe in the power in the Name of Jesus to break every chain. Counseling must include discipline, and discipling must include counseling. View all posts by The Accidental Poet