“Fill your paper with the breathings of your heart.” – William Wordsworth 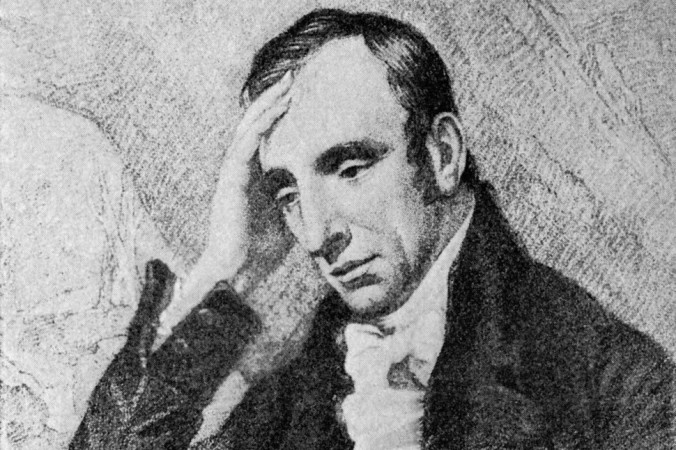 “In spite of difference of soil and climate, of language and manners, of laws and customs, in spite of things silently gone out of mind and things violently destroyed, the Poet binds together by passion and knowledge the vast empire of human society, as it is spread over the whole earth, and over all time. The objects of the Poet’s thoughts are everywhere; though the eyes and senses of man are, it is true, his favorite guides, yet he will follow wheresoever he can find an atmosphere of sensation in which to move his wings. Poetry is the first and last of all knowledge – it is as immortal as the heart of man.” – William Wordsworth

William Wordsworth was a major English poet who helped launch the Romantic Age in English literature. He and Samuel Taylor Coleridge published Lyrical Ballads in 1798. Wordsworth’s debut as a writer was in 1787 when he published a sonnet in The European Magazine. He received a B.A. from Cambridge in 1791. Wordsworth’s magnum opus was The Prelude, which was published in 1850 by his wife three months after his death. It is considered by many to be the crowning achievement of English romanticism. The poem chronicles the spiritual life of the poet, and marks the birth of a new genre of poetry.

Wordsworth developed an interest and sympathy for the life, troubles, and speech of the “common man.” He had a keen interest in politics and poetry, and had a particular disdain for tyranny. Wordsworth saw a necessary relationship between writing and political justice. He disliked complicated, fanciful writing, and instead believed poetry should be written “in the real language of men.” He understood poetry to be “the spontaneous overflow of feelings,” saying, “it takes its origin from emotion recollected in tranquility.” He selected incidents and situations of common life as his subject matter, but described such situations with language “really used by men.”

Prior to Wordsworth, the ordinary life of ordinary people was not typically the subject of poetry. He democratized poetry, giving it a universal appeal. Poetry to date had featured urban subjects regarding artificial lives of people living far away from the simplicity of nature. Wordsworth preferred humble, rustic life as his subject matter because it is here that essential passions of the heart find a better soil in which they can grow into maturity and come to realize their full potential. He believed such a humble and rustic life to be more simplistic, serene, and tranquil. He was contented with the manner in which rustic people expressed their feelings through quaint, non-elaborate and unsophisticated means. Their language was more passionate, more vivid, and more emphatic. Wordsworth believed poetry should express common human feelings, without restriction on the telling of man’s experiences.

In his preface to Lyrical Ballads, Wordsworth is basically “thinking aloud” on poems he’d already written in an attempt to formulate revised ideas about poetry. The two central ideas of the preface are the need for reforming poetic diction – which according to Wordsworth had become far too artificial – and the role of the poet in society. Wordsworth thought poetry had become too marginal. He had also come to the conclusion that the troubles of society were specifically urban in nature. He believed the insight of a poet to be higher than other people, but he did not think the poet should shout down from a lofty height. Rather, he should be one of the common human beings, who feels what others feel, and, accordingly, be able to describe common feelings and passions. The rub is that he must do so in the language of the everyday man.  According to Wordsworth, the responsibility of the poet is great because what others cannot express, he is to present in a comprehensible format.  He knows others think and see, but many lack the same comprehensive access to their sensory perception the poet can reach.

In 1843 Wordsworth was named poet laureate of England, though by this time he had pretty much put his pen to use only when revising or rearranging his poems. He had basically retired to merely publishing various editions, and entertaining guests and friends. When he died in 1850, he had for some years been venerated as a sage, his most ardent detractors glossing over the radical origins of his poetics and politics. Wordsworth’s prose, while not extensive – and often difficult – reveals the poet’s historical context. A careful reading of his prose will likely lead the reader to a clearer understanding of the path he traveled from the eighteenth century to the Victorian age, aiding modern readers in recognizing the origins of their own literary and political culture.

Romantic poets cultivated individualism, reverence for the natural world, idealism, physical and emotional passion, and an interest in the mystical and supernatural. Romantics set themselves in opposition to the order and rationality of classical and neoclassical artistic precepts in order to embrace freedom and revolution in their art and politics. Notable romantic poets include Fredrich Schiller, Johann Wolfgang von Goethe, Samuel Taylor Coleridge, Percy Bysshe Shelley, Lord Byron, John Keats, and Victor Hugo.

Romanticism crossed the Atlantic through the work of American poets like Walt Whitman and Edgar Allan Poe. The romantic era produced many of the stereotypes of poets that persist today, including the poet as a tortured and melancholy visionary. Romantic ideals never died out in poetry, but were largely absorbed into the precepts of many other movements. Traces of romanticism have lived on in French symbolism and surrealism, and in the work of prominent poets such as Charles Baudelaire and Rainer Maria Rilke.