It is a tragedy when anyone dies of a drug overdose. Drugs are no respecter of persons. It takes anyone at anytime, killing without prejudice. Why do humans like to get high? One answer is that drugs provide shortcuts to religious and transcendental experiences. If something can be ingested, injected, inhaled or absorbed into the human body, it can be abused. In the United States alone, nearly one-third of the population either abuses drugs or has a relationship with someone who is chemically dependent. Other countries face a similar problem. 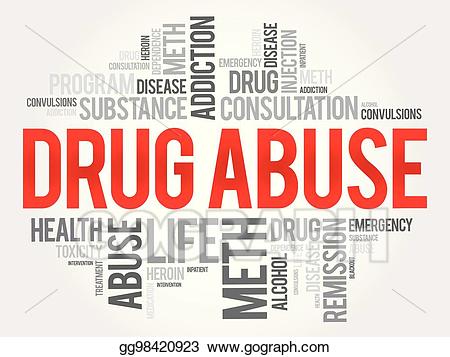 Nearly half of drug abuse in the United States involves the misuse of prescription drugs. This is not only deliberate misuse, such as forged prescriptions, Medicaid fraud, and black market sales, but also errors made by physicians and accidental misuse of prescribed drugs—especially by the elderly. Many observers have become concerned about the astonishing increase in the use of Ritalin, a physician-prescribed drug given to American children diagnosed with attention deficit hyperactivity disorder (ADHD).

Many widely-used chemical substances damage the brain, heart and lungs of the user, as well as the bodies of the user’s unborn children. Drug use contributes to the leading causes of death in the world—heart disease, stroke and various types of cancer. It also generates an incredible financial burden for society. The total cost of substance abuse in America has been estimated at more than $240 billion per year. According to the World Health Organization, approximately one out of five hospital beds in the United States is occupied by someone with substance abuse as a contributing factor, and nearly 50 percent of all preventable deaths are related to some aspect of substance abuse. Substance abuse and its consequences are major medical and social problems.

Today, the medical model of addiction dominates the thinking in much of the Western world. This model suggests that people who abuse chemical substances or have behavior-related problems are victims of faulty genes that produce internal chemical imbalances. This can promote the notion that people have little control over their lives, and at times is used as an excuse for lawlessness by wildly mixing up moral responsibility with diagnosis. Indeed, much conventional wisdom about substance abuse undermines personal responsibility.

It is alarming how many celebrities who have died secondary to drugs and alcohol over the years.

If you know someone who is struggling with active addiction, please talk to them about treatment. If you need help, contact your local Al-Anon chapter. If you are stuck in the bondage of addiction, there is hope. First things first: Contact your local chapter of Alcoholics Anonymous or Narcotics Anonymous. I struggled with active addiction for forty years. Step One says, “We admitted we were powerless over alcohol, and that our lives had become unmanageable.” Drug overdose is the leading cause of death in the United States, with 64,000 deaths last year alone. President Donald Trump said in the State of the Union Address this week that 700 Americans die every day from drug overdose.