The Peacemaker: A Biblical Perspective on Resolving Personal Conflicts and Letting Go of Resentment.

The goal of a peacemaker is to magnify the marvelous undeserved forgiveness that God has given to us through Christ, and to inspire people to imitate such forgiveness to others. We’re directed by Scripture to make peace as part of the plan to reconcile and restore the whole of humanity. Peacemaking never occurs in a vacuum. It is a purposeful act. In Part 3 we looked at the importance of pursuing peacemaking from a position of love. It is essential when working to resolve conflict that we are patient, especially while listening to what others have to say. We must avoid blaming, judging, or condemning.

Correction is not a nicety; it’s a necessity. If we’re left to veer off-course and continue in the wrong direction, it can result in shipwrecked faith. I’ve had to work hard at confrontation most of my life. First, I avoided responsibility and resisted change as a teen and young adult. Second, I was convinced nothing untoward would ever happen to me regardless of my habits, choices, or lifestyle. No one could teach me a thing. I already knew what I needed to know, and had no plans to change.

Why did Jesus send His disciples out in pairs (“two by two”) to preach the Gospel? Simply, two people provide a more valid witness than just one. The twelve disciples were more than companions for Jesus during His ministry; they served as witnesses to His teachings and miracles. They were called to give a first-person account of the ministry of Jesus. Paul told Timothy to never accept an accusation against an elder unless there are two or three witnesses (see 1 Timothy 5:19). Paul also noted in Hebrews 10:28 that it took the words of two or three witnesses to condemn someone to die for breaking God’s law.

Jesus tells us in Matthew 18:15, “If your brother or sister sins, go and point out their fault, just between the two of you. If they listen to you, you have won them over” (NIV). In the event they do not listen, Jesus said, “Take one or two others along so that every matter may be established by the testimony of two or three witnesses” (vs. 15).

Correct Others With Wisdom and Love

First, we must learn to pick our battles. Some quarrels are not worth having. 2 Timothy 2:23 says, “Don’t have anything to do with foolish and stupid arguments, because you know they produce quarrels” (NIV). Of course, some doctrinal controversies are clearly important and worth defending. While we should not get into foolish and ignorant debates, we may need to confront the argumentative spirit of those promoting them. It is critical that believers learn how to give biblical correction to those who are in sin or in serious doctrinal error. It is unwise to allow fellow Christians to continue operating in a manner inconsistent with the teachings of Jesus. Without correction, individuals—indeed, entire families—tend to run into a ditch. 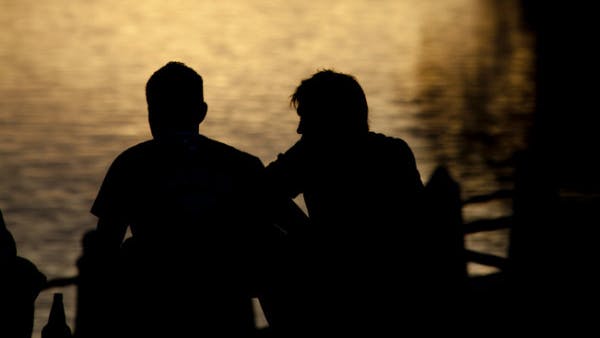 Correction must be done gently and in love. We cannot correct someone for the purpose of showing his error rather than helping him. Correcting someone is not simply telling them that they are wrong. Our motive and intent should always be to promote repentance and restoration. Accordingly, our attitude is extremely important. Ephesians 4:32 says, “Be kind and compassionate to one another, forgiving each other, just as in Christ God forgave you” (NIV). Taking this approach allows us to speak the truth in love. Paul tells us in Galatians 6:1 that we should restore one another gently. Christians are called to peace.

News stories are replete with crime, wars, terrorism, violence, hatred, and anger. I often ask myself how much longer this deepening trend can continue before God decides enough is enough. Where do we find a place of quiet rest, peace and tranquility in today’s world? Ephesians 2:16-18 says, “Christ brought us together through His death on the cross. The cross got us to embrace, and that was the end of the hostility. Christ came and preached peace to you outsiders and peace to us insiders” (MSG). Jesus was able to destroy the enmity that separated Jews and Gentiles. As a result, people of different cultures, languages, races, religions, and customs who had centuries full of war after war began to worship together, break bread together, and strive to change the world. This peace was made possible through the cross.

Our role in this “peace process” is to reconcile others to God, with others, and with themselves. Jesus embraced even the worst sinner, touched the vilest leper, purified the most despicable prostitute, and reconciled people under the universal family of God. He saw peacemaking as a large part of his ministry. During His time on earth, the world was divided among nations, races, and religions. Hatred was the norm. Today, we’re faced with racial tension, murder, school shootings, terrorism, and religious bigotry. Human nature has not changed much over the centuries. Jesus said, “…I pray also for those who will believe in Me through their message, that all of them may be one, Father, just as You are in Me and I am in You. May they also be in Us so that the world may believe that You have sent Me” (John 17:21, NIV).

Teaching Our Children to Become Peacemakers

If we teach our children how to resolve conflicts among themselves or with their friends or others they know, imagine how much better life could be for you and them. Of course, there are several key elements to peacemaking that we need to share with our kids.

Conflict is a slippery slope. Some children try to escape from a conflict, while others try to solve it by going back on the attack. This only serves to delay resolution and healing. Children often pretend a conflict doesn’t exist or refuse to do what it takes to address the problem. They are prone to play the blame-game, putting the onus on others for the problem, often lying or covering up the situation. Children are known to simply run away from conflict rather than work to resolve it. On the other hand, some children choose to attack others rather than work out a resolution. They respond with put-downs, talking about the other individual behind his or her back, or become physical.

Conflict starts in the heart. The choices we make to get our own way are deliberate. We make a conscious decision to be obedient or defiant, wise or foolish, caring or unloving. For good or bad, the choices we make will have an impact on us and others. Conflict is often the result of a choice we’ve made. Selfishness is unproductive and does not lead to peacemaking.

Conflict is not necessarily bad or destructive. Even when conflict is caused by wrongdoing, it can lead to good. We can use conflict to teach our children a valuable life lesson. Our kids can learn to glorify God by trusting, obeying, and imitating Christ. We can serve others by helping to carry their burdens or by confronting them in love. It is easy for children to overlook the upside to conflict because they’re more likely preoccupied with how to get out of or escape from what they perceive as an uncomfortable situation.

The 5 As of  conflict resolution. Children, like adults, can learn to confess their wrongs in a way that demonstrates they are taking full responsibility for their part in a conflict. The following are key elements to conflict resolution. Admit what you did wrong, including wrong desires and bad choices. Apologize for how your choice affected the other person. Express the sorrow you feel. Accept the consequences for your wrongdoing without argument or excuses. Don’t rationalize what you’ve done. Ask for forgiveness. Alter your choices going forward. Think about how you’re going to act differently next time.

If it feels like the entire world is embroiled in conflict, instability, and war, that’s because it is. In fact, of 163 countries in the world surveyed by the Institute for Economics and Peace, only 11 are not currently involved in conflict. We live in a world that is essentially defined by conflict and violence. But world conflict doesn’t start just because one person woke up one day and decided to go to war. Before there are bombs and bullets, there are fists. Before fists there are words. Before there are words, there is the condition of our heart. Violence and conflict tends to originate in the heart.

As we look at the world and see all this violence and conflict, it can feel overwhelming. I find myself wondering what I can possibly do about it. Should I just sit on the sidelines and pray? How can I possibly change the world or make a difference? It is paramount that we remember the road to peace starts with you and me. The road to a world restored begins with each of us in our own way waging peace. Before we can wage peace in the world, we need to wage peace in our own hearts and in each of our personal relationships.

As we close, consider the words of the apostle James:

Do you want to be counted wise, to build a reputation for wisdom? Here’s what you do: Live well, live wisely, live humbly. It’s the way you live, not the way you talk, that counts. Mean-spirited ambition isn’t wisdom. Boasting that you are wise isn’t wisdom. Twisting the truth to make yourselves sound wise isn’t wisdom. It’s the furthest thing from wisdom—it’s animal cunning, devilish conniving. Whenever you’re trying to look better than others or get the better of others, things fall apart and everyone ends up at the others’ throats. Real wisdom, God’s wisdom, begins with a holy life and is characterized by getting along with others. It is gentle and reasonable, overflowing with mercy and blessings, not hot one day and cold the next, not two-faced. You can develop a healthy, robust community that lives right with God and enjoy its results only if you do the hard work of getting along with each other, treating each other with dignity and honor (James 3:13-18, MSG).

Daydreaming as a profession

Just writing some poems. No pics, no GIFs, no vids. Keeping it simple.

An Online Journal of Brief Literature

Hey my name is Caty!❤️ I have been diagnosed with bipolar, depression, anxiety, social anxiety, and fibromyalgia. This is my recovery blog, I hope you enjoyed!❤️

My everyday thoughts as they come to me

In God's Service * Following In Faith
Daily Bible Bytes for you

NO DESPAIR WITH LIFE AND NO LIFE WITH DESPAIR . Email: dr.fawzyclinic2019@yahoo.com